Have questions about COVID-19? Click here to learn more from the Government of Canada.

Keep Haldimand together in Haldimand-Norfolk

Elections Canada has undertaken the responsibility of redrawing riding boundaries, as established in the Electoral Boundaries Readjustment Act (R.S.C., 1985, c. E-3). The Commission responsible for redrawing the riding boundaries in Ontario has released their proposal for the province, and for our riding of Haldimand-Norfolk.

As your MP, a resident and as someone who cares deeply about our community, I’m disappointed in the proposed changes. 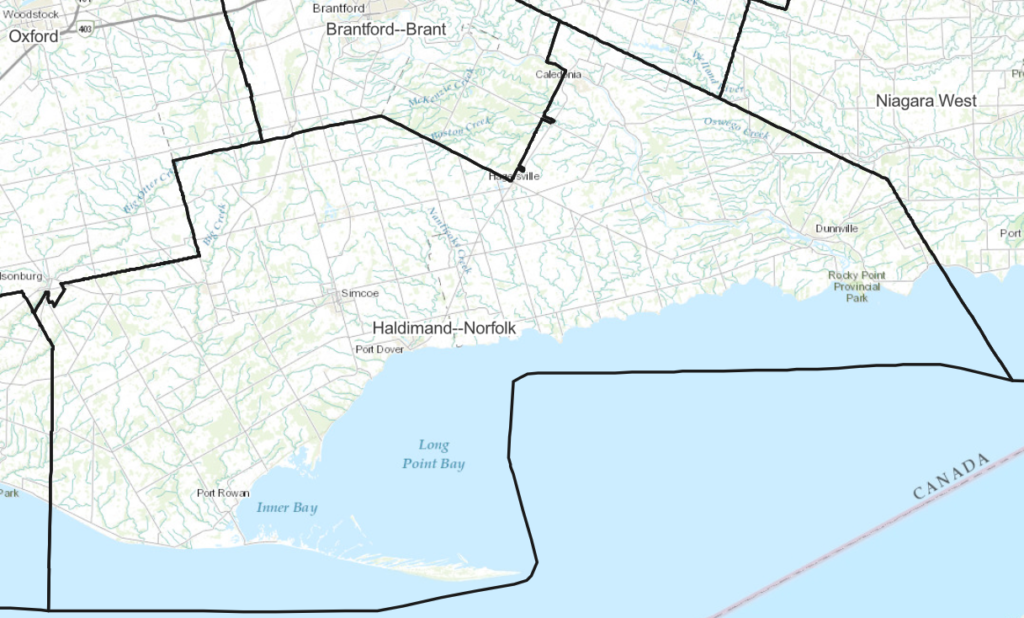 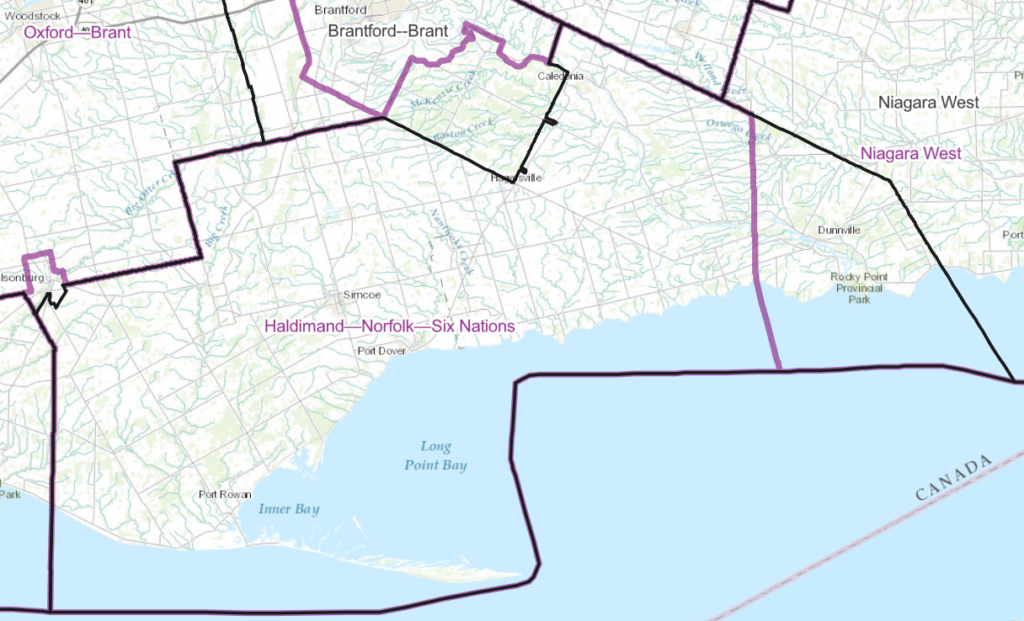 I believe that it’s important to keep our community together, and to let the commission know that their proposal isn’t in the best interests of our residents or businesses.

You know this community well and understand that these changes are not in our best interest. Changing the commission’s proposals will require us to work together and make sure our voices are heard.  To that effect, I will be submitting a written proposal to the Ontario Commission, recommending that the entirety of Haldimand County remain together in the proposed new riding of Haldimand-Norfolk-Six Nations, and that the Town of Tillsonburg remain united within the larger Oxford district.

Add your name if you agree and I will include it in my written submission to the Ontario Commission.

Alternatively, you can download the paper petition here and return it to my office at Suite 240 – 185 Robinson Street, Simcoe ON N3Y 5L6, or leslyn.lewis@parl.gc.ca

The deadline for written proposals is October 29th, so I ask that if you intend on adding your name to this submission, that you do so by October 27th.

For those interested in directly advocating to the commission, submissions can be submitted to: ON@redecoupage-federal-redistribution.ca or PO Box 37018 Southdale, London ON N6E 3T3

As the Member of Parliament for Haldimand-Norfolk I take pride in representing all members of our community and know that our community is stronger together.